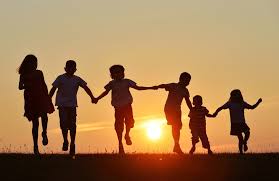 Hello everyone, I hope we are all doing great as we wrap up the year 2017? Its been about 7 weeks since my last post on this topic & a lot has happened during that time.

Firstly, my country of birth Nigeria celebrated her 57th independence anniversary & more than ever before I am convinced & committed to the success of this nation &  Nigeria will indeed flourish again!!

Secondly, in the past 10 weeks or so, my focus has been on one word – GROWTH- its been an intensive 1 hour weekly session with my mentor John Maxwell looking under every rock related to that word & it’s been a blast.

There is so much to learn & i’m amazed at the body of work that is available on this topic, it’s been an ocean of knowledge relating to personal,corporate & governmental growth. I am ever learning & I will be sharing more on that in the coming days.

Lastly, I’ve had to make some adjustments professionally, reshuffle my priorities & optimise my focus so as to remain on track & bring out the best in my current situation.

Now that we’ve sort of caught up on my hiatus, let’s do a brief recap on the topic.

I started out with Prov 22:6 & the first point was about us training our children by being Role Models to them, second point, I talked about Management & we delved into different aspects of management, i.e. Position, Chore, Knowledge,Authority & Talent.

You can check all of my previous posts for more details.

In this 7th post, I will continue on management & look at Failure Management.

Throughout time, a lot of focus has been directed towards successful people & how they became successful. So much noise about the things they did right & very little about what they did wrong & how they failed. It seems to me that we get so familiar with & get to study their successes while little attention is given to their failures.

But for those that actually have real & lasting success ( not just flash in the pan), they all have something in common, they made mistakes, had challenges, failed & then learnt from those failures turning them into stepping stones to success.

One thing I must clear out is this “The fact that you failed, doesn’t mean you are a FAILURE. You become a FAILURE when you accept that point of view & decide not to do anything about it”

I’ve read 2 books on this topic by John Maxwell, Failing Forward & Sometimes you WIN, sometimes you LEARN & it has shaped my perspective about failure.

As parents we need to have the right perspective about Failure so that we can help shape our kid’s perspective.

When our kids were growing up, there is a disposition we had about failure that we tend to loose as they become older.

While they were toddlers & as they started to move from crawling to walking, we encouraged them when they fell ( i.e. failed to walk), we walked around & gave them the picture that walking is possible, we took them by their hands & helped them one step after another.

They held on to stuff to help them stand upright & with time they started to do what seemed impossible before, they started walking.

Every time they fell, we didnt say “Well James walking is not for you”

NO!! We gave them all the encouragement they needed to try & try & try again till they made it.

When my son was in primary school, he contested to become the Sport Prefect & we were all excited about it, we had hand-made posters, wrote campaign speeches & slogans,worked on his public speaking skills, designed a new strategy for sport related activities & developed ideas to jazz up the inter-house sport day, etc.

Unfortunately, for one reason or another, he lost as 1st runner-up, but I’ve always told him that this is a game & someone must win. He was disappointed, but saw areas where he had learnt a couple of things like improvement in his confidence to speak in public, strategic thinking, wholesome times that the family spent together during the campaign, etc.

I ensured that he congratulated the winner, highlighted the things they did better than us & also shared some of our ideas with him. I saw the opportunity for him to learn how to manage failure & he was better for it.

Now that he is in high school, I will encourage him to go for it again because he loves sports so much or even become the school president, who knows?

I once read the story of a boy who could not handle failure. He has always been the best in the class in all subjects until a new girl transferred to the class & started beating him.

He was so bitter about 2nd position that he was caught in the science lab attempting to put acid into the girl’s drinking flask. Thank God no one was hurt,but the alarming thing was the fact that he decided to harm ( or kill) opposition so as to get back his  no.1 position in class. Where did he learn that from?

The school authorities called in the parents & they were shocked at the action of their son. The issue has been taken out of the spotlight & hopefully settled, but it has not left my mind ever since.

Could it just be that the boy’s action is a reflection of how his parents perceive failure & handle opposition?

I see the same in our society in which our leaders view politics as a do or die affair in which they must win at all cost & by all means possible.

We must do better for our kids, encourage them to handle failure properly.

This is my snippet, I AM SHALOMESQ!!!

This site uses Akismet to reduce spam. Learn how your comment data is processed.